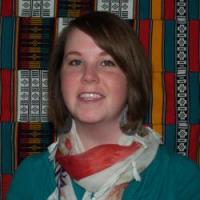 Elizabeth graduated from The Ohio State University in 2008 with a B.S. in Zoology. In 2011 she earned her M.A. from the School for International Training Graduate Institute in International Service, Leadership and Management. Elizabeth’s past graduate research was conducted while serving as a Peace Corps Volunteer in Mali, West Africa (2009-2011) as part of the Peace Corps Masters International Program. Elizabeth also has field experience with Human-Wildlife Conflict in Kenya and Mali. After working for U.S. Citizenship and Immigration Services, Elizabeth returned to OSU in 2013 to begin her Ph.D. in Anthropology. Her dissertation research takes place in Burkina Faso, where she aims to empirically identify correlations between food security and land security for subsistence farmers; to record the social and administrative processes of buying and selling land; and to better explain the impacts that land tenure privatization has on social relations within and between households, villages and state governments. Her research has been funded by the Elizabeth A. Salt Anthropology Travel Award (2014), OSU Mershon Center for International Security Studies (2014), National Science Foundation (2014), OSU Department of AED Economics (2014), West African Research Center (2015), OSU Office of International Affaires (2014-2017), and the U.S. Borlaug Fellowship in Global Food Security (2016-2018). 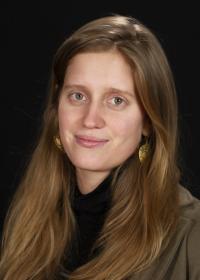 Chelsea joined Ohio State’s Anthropology PhD program in 2019. Prior to joining OSU, Chelsea earned her B.A. from Portland State University in 2013. While at PSU, she conducted research on fair trade cocoa farming and social, ecological, and environmental sustainability in Ghana, West Africa. Hunter went on to earn an MA in Applied Anthropology from San Diego State University in 2017. While there, she worked on an interdisciplinary research project on coral reef resilience in Moorea, French Polynesia. While at SDSU, she was named an Inamori Fellow – a university wide award granted to ten graduate students. Hunter graduated as the Anthropology Department’s “Outstanding Graduate Student”. Between completing her MA and starting her PhD, Chelsea completed a post-master’s scholarship on resilience and adaptive capacity following the 2015 Nepal Earthquakes. Additionally, she consulted on qualitative data analysis for a project between the US Forest Service and PSU, while also consulting for the San Diego County Bicycle Coalition on research design and data analysis. Her dissertation research examines ontologies of conservation scientists and Kanak in New Caledonia and how they interrelate with ridge-to-reef systems. Her research has been funded by the Elizabeth A. Salt Anthropology Travel Award, the OSU Office of International Affairs, and the National Science Foundation.