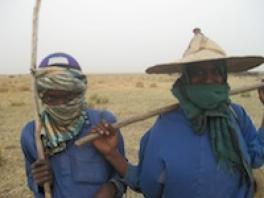 The goal of my earlier research on environmental security was to come to a better understanding of when, how, and why some disputes between herders and farmers escalate into widespread violent violence between communities, while most others are peacefully resolved. This research was funded by a Mershon Grant (2008-2010) and built on my earlier ethnographic and theoretical work on herder-farmer conflicts in West Africa published in the Canadian Journal of African Studies (2006a, 2006b). In an article in Human Organization (2010) I outlined an analytical approach to examine conflicts over natural resources and argued that analysis should focus on the dynamics of the conflicts.